I am absorbed in deep thoughts while returning from hunting, on a twilight of March. All of the sudden, a ghostly movement straight out of a dream catches my attention. Ethereal shapes of which I recognize more their pace than their silhouette, wander, obstructing the trail. Two radiant white conical cylinders outrageously protrude from the last ectoplasm. I realize they belong to a gigantic elephant. The one of ancient dreams, whose salient tusks illuminate the emerging obscurity and our deepest secretive desires. My friend Christian and I looked at each other, both of us experiencing shortness of breath. However, the illusion had vanished already, not giving us any opportunity.

During the night, my mind was imbued with contradictory feelings, dwelling on noises, odors, thirst to possess.

We set out at dawn, filled with hope. We locate the footprints of our quest very quickly. The memory of him lives on at the boundary of reason.

We stop our vehicle on the large-scale footprint. Stepping out of the Land Rover, trumpeting sounds reverberate from less than a mile, slightly muffled by high grass. Still silent, only our eyes betray our excitement. We cross through the golden vegetation shield, getting closer to the trumpet calls and stomach rumbling sounds.

Soon, a myriad of flapping ears and the grey of elephant backs emerge from the grass. I climb a tree in front of the amused team, for better observation. Around 40 animals spread out over 200 yards. In vain I look at every elephant but I cannot find our king. Still, we maintain contact for further contemplation for about half an hour.

Suddenly, wind betrays our presence. A ballet of telescopic trunks disappears in a single movement, swallowed by the grass. 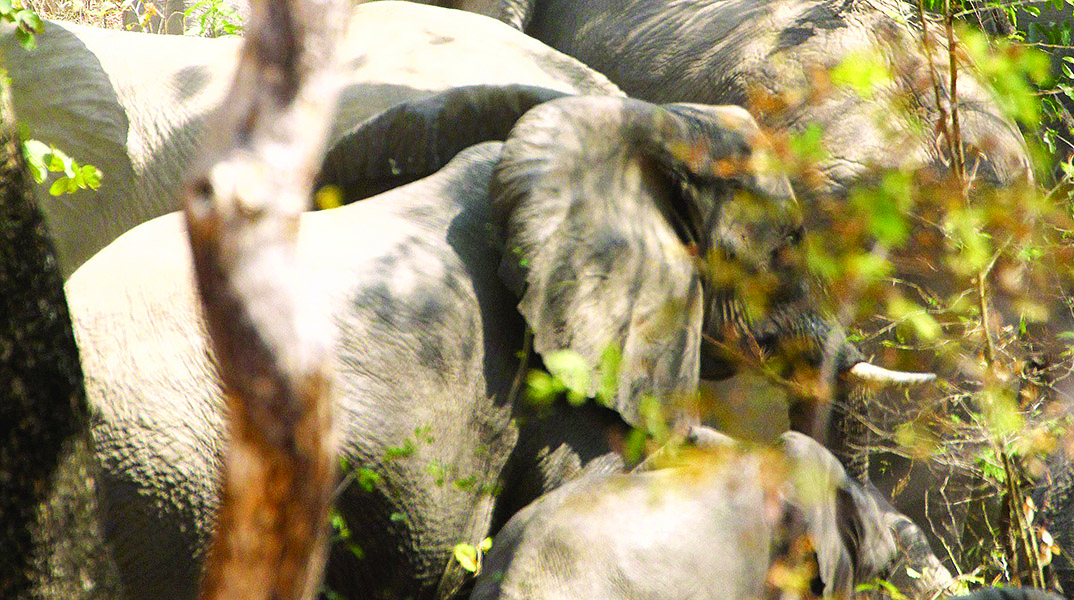 The very same afternoon, we were driving throughout the whole area when a large cloud of dust forced me to hit the brakes. Distraught elephants cross the road, just in front of the car hood.

Other animals freeze on the other side. Hesitant at first, they decide to join their kind. I do not let them, interposing between them with the car. They stop for a while, circumspect. Endless seconds enabled us to gauge their trophies whilst a massive female started to show signs of impatience. In a hollow roar, she spreads her wide ears howling with outrage, uproots a tree and charges without further notice. I press the clutch and put the pedal to the metal. She had continued pursuing us over more than 200 yards before she disappeared from my rear-view mirror, discouraged by dust and our speed. She joins back the rest of the herd where stands her young calf.

We return to camp, miming the intense reactions of each other during that brief but so hectic moment.

Yet, another night comes when the spirit wanders, tortured between memory, fantasy and hope.

Next dawn gently breaks, offering the footprints of 4 male pachyderms, estimated from late-night. I send the trackers to check of their itinerary to retrieve tracks a little further. They come back a few minutes later, overexcited on wood breakage noises. It seems the animals were resting in a small forest nearby, rich in deciduous trees.

We catch up on them pretty quickly. However, instead of 4, we are now facing a full herd of 60 elephants! A respectable bull stands out, but still not the one haunting our minds. They parade, allowing us to share a privileged moment with their unbridled strength.

All of a sudden, a new appearance refocuses all our attention. Just like 3 days ago, our Holy Grail comes out of nowhere, pacing graciously towards the herd which greets him with glee. The wind maintains its course. The colossus lightly wags behind the group. We precede him.

The African Gods show us the way. I float in a space where past, present and future communicate. At this point, I KNOW. My host pulls the trigger. Everything goes on in slow motion. The ground trembles. Eardrums hurt. Dust darkens the scene. The roaring of the herd goes away. Suspended particles fall back. The lifeless body of the giant takes shape. His ivory pierces through the sky.

I extend my dream. I do not want to emerge from it. I can hear speaking from a great distance. My hands are shaken. Arms hug me but I cry on the inside. The indescribable emotion. Full and ecstatic. Then, reality strikes.

A powerful animal, surviving the History, whose fate had prolonged over more than half a century, overcoming obstacles, traps, … Everything until this day, when he fascinated my destiny, and put an end to his own. My tears plunge me in a complex moral disorder. Introspective sorrow. Doubt. Immeasurable joy. Everything that makes our passion for hunting vibrate within us.

Forgive me O King of my dreams. 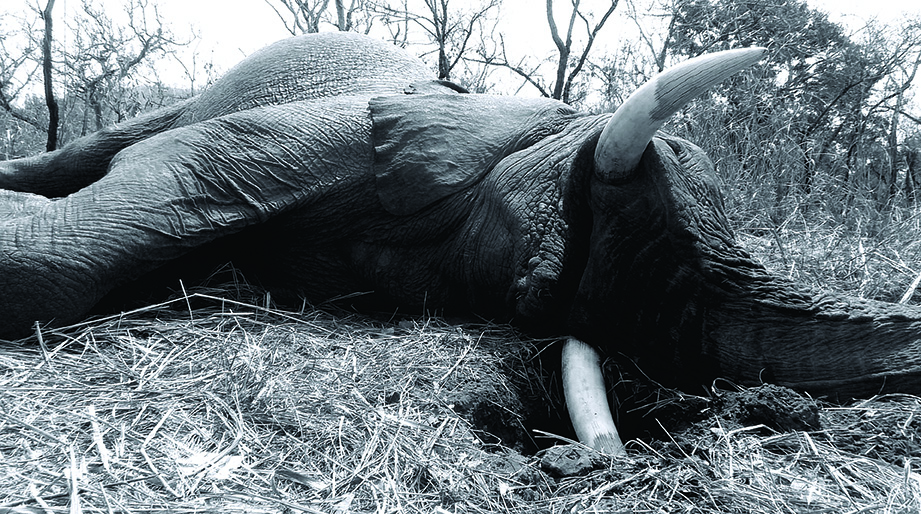 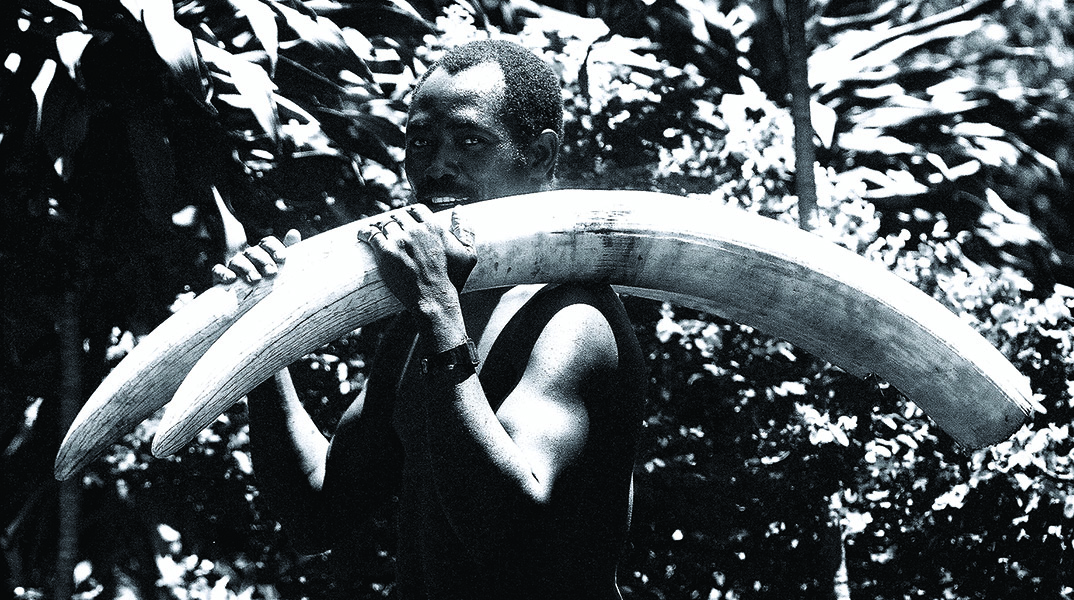 This article is taken from our latest publication “Maguida, Chronicles of a White Tracker”, now available for purchase !